The nonprofit arts and culture industry generates more than $10.8 million in annual economic activity in the City of Lynchburg—supporting 251 full-time equivalent jobs and generating $962,000 in local and state government revenues, according to the Arts & Economic Prosperity 5 national economic impact study.

The most comprehensive economic impact study of the nonprofit arts and culture industry ever conducted in the United States, Arts & Economic Prosperity 5 was conducted by Americans for the Arts, the nation’s leading nonprofit organization for advancing the arts and arts education.

Results show that nonprofit arts and culture organizations spent $6,648,618 during fiscal year 2015. This spending is far-reaching: organizations pay employees, purchase supplies, contract for services and acquire assets within their community. Those dollars, in turn, generated $5,311,000 in household income for local residents and $962,000 in local and state government revenues.

“The City of Lynchburg Office of Economic Development staff, in partnership with the James River Council for the Arts & Humanities, coordinated the study effort during the entire 2016 calendar year. On behalf of the coordinating partners, we say thank you,” said Joan F. Foster, mayor of Lynchburg. “This study shows that an investment in the arts is an investment in a viable economic sector – one that supports jobs, generates public, private and non-profit revenue and is a cornerstone of tourism.” 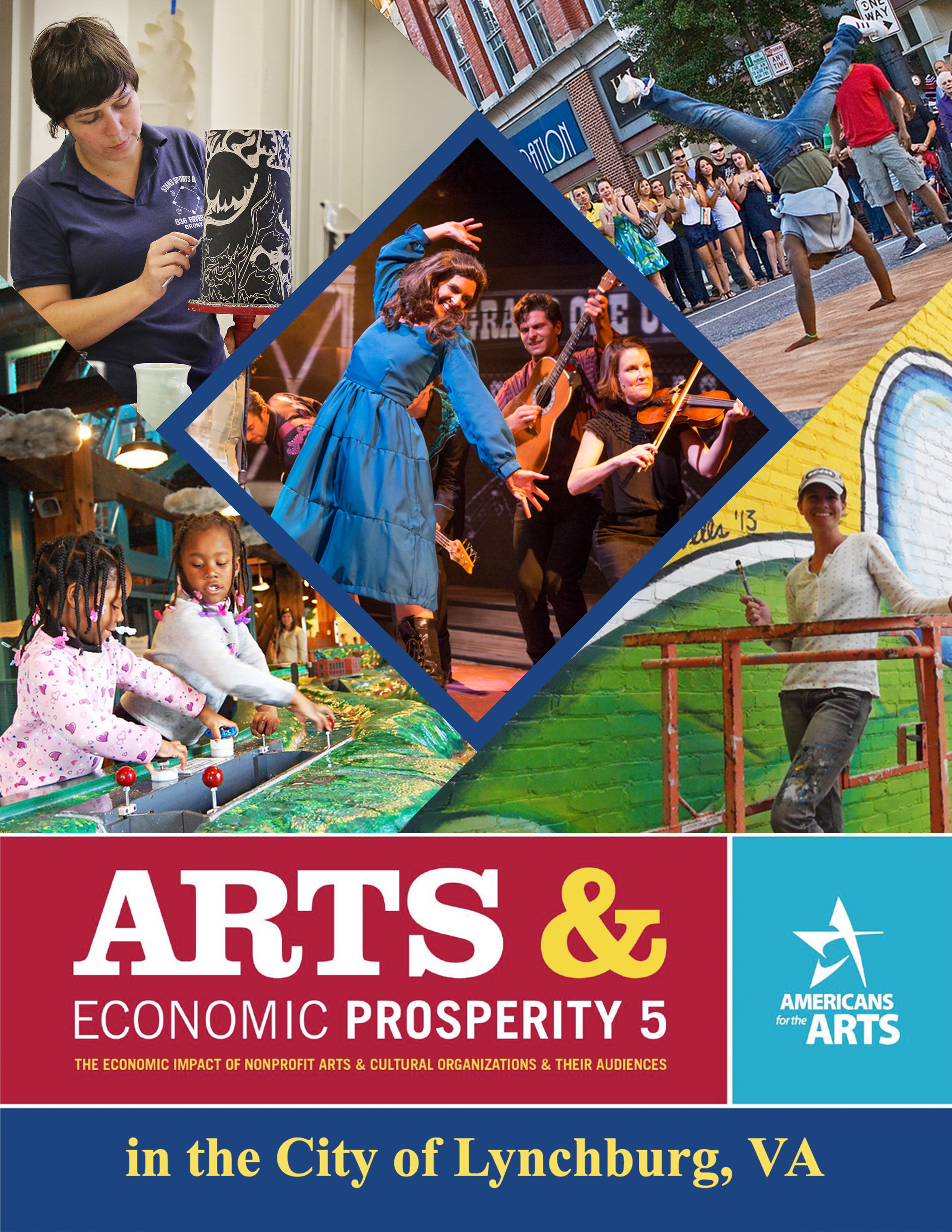 “This study demonstrates that the arts are an economic and employment powerhouse both locally and across the nation,” said Robert L. Lynch, president and CEO of Americans for the Arts. “A vibrant arts and culture industry helps local businesses thrive and helps local communities become stronger and healthier places to live. Leaders who care about community and economic vitality can feel good about choosing to invest in the arts. Nationally as well as locally, the arts mean business.”

In addition to spending by organizations, the nonprofit arts and culture industry leverages $4,207,822 in event-related spending by its audiences. As a result of attending a cultural event, attendees often eat dinner in local restaurants, pay for parking, buy gifts and souvenirs, and pay a babysitter. What’s more, attendees from out of town often stay overnight in a local hotel. In the City of Lynchburg, these dollars support 111 full-time equivalent jobs.

“We’ve seen it in other communities, and this study proves it’s true here in Lynchburg: arts and culture events contribute to a thriving economy,” said Jennifer Woofter, president of the James River Council for the Arts and Humanities. “Now that we have the numbers to prove that arts and culture have a multiplier effect on the local economy, local arts organizations should have a renewed enthusiasm for working in partnership with local governments, economic development offices and local businesses. Together, we can bring beauty and meaning — and economic prosperity — to our region.”