The City of Lynchburg was selected to receive a 2017 Community Economic Development Award (CEDA) from the Virginia Economic Developers Association for Lynchburg Innovation Week. The awards were presented last week at the association’s Spring Conference in Charlottesville. The CEDA awards are designed to recognize outstanding communities in the Commonwealth for their efforts in advancing the economic viability of their community through economic and community development programs. 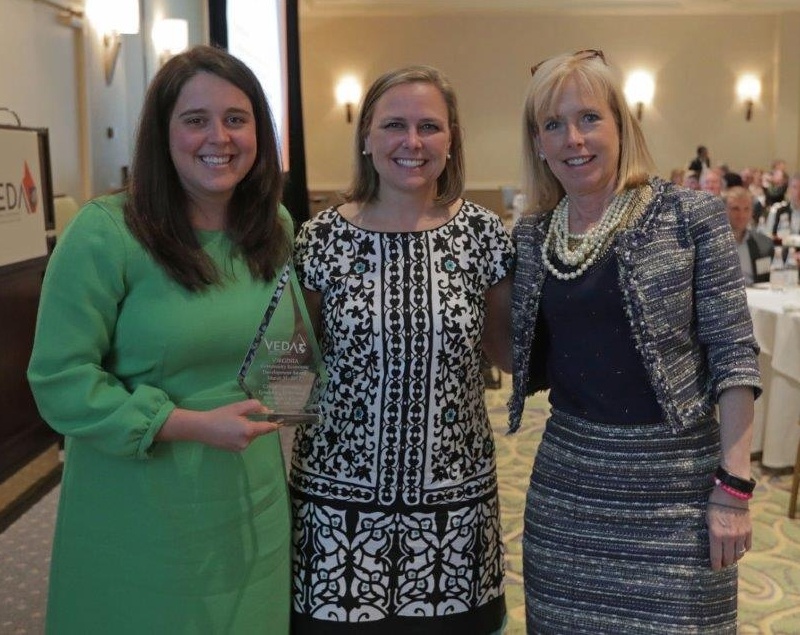 This is the eleventh year for VEDA’s Community Economic Development Awards. Other award recipients in the Commonwealth were Alleghany County, the City of Covington and the Town of Clifton Forge for a business retention and expansion strategy and Arlington’s Startup Arlington program. VEDA is following the format developed by the Southern Economic Development Council (SEDC) and will submit its eligible winners to SEDC to be considered by that organization for a southern states regional award.

“The work of the committee is admittedly difficult each year because of the high caliber of the entries and this year was no exception, having received 13 quality nominations. Two of Virginia’s four winners last year went on to win at the SEDC level – truly a testament to the high performance economic development efforts going on across our state,” said David Manley, chair of the awards committee. Entries are judged on factors including innovativeness, transferability, community commitment, and the benefits derived from the initiative. To see copies of each of the selected Community Economic Development Awards submissions link to www.GoVEDA.org.

On June 2-4, 2016, hundreds of Lynchburg business professionals gathered in Downtown Lynchburg at Riverviews Artspace, a gallery and studio space for established and emerging artists, to celebrate the City’s first Lynchburg Innovation Week. The three-day event featured a wide range of learning and networking opportunities to enhance and celebrate new strategies for economic development. Hosted by the Lynchburg Economic Development Authority, Lynchburg Innovation Week was organized by Cities Reimagined, which develops innovative economic development strategies and programming. 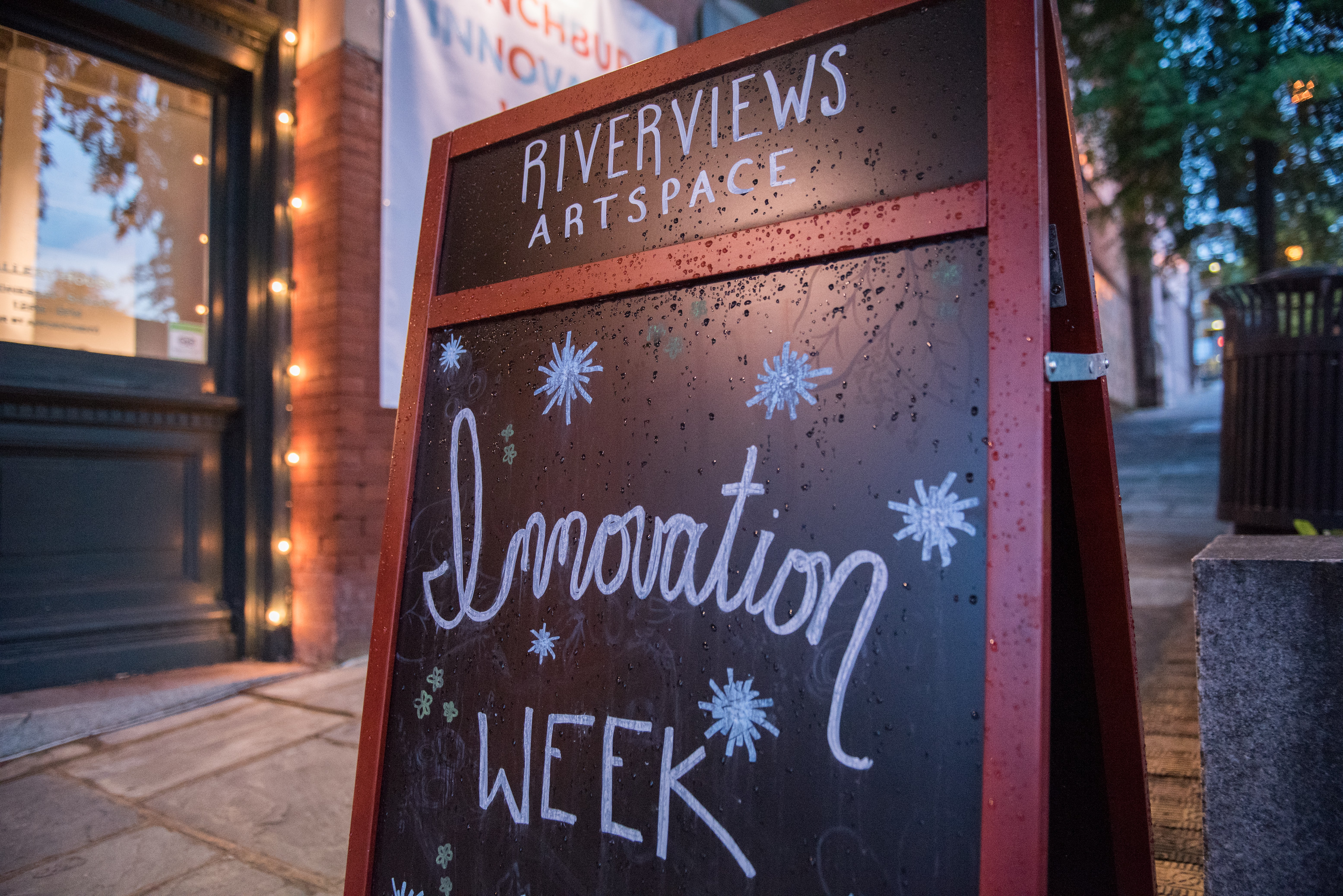 “Ultimately, the intangibles were what probably mattered most. Meeting other small business owners and creating a little network of people tackling similar challenges,” said Randy Smith, CO.STARTERS graduate and Community Business Launch recipient of funding for The Craft Crucible, a craft woodworking space in Midtown. “The grant has helped me tackle some of the big ticket items that I need for the space. With these tools, woodworkers, local hobbyists and amateurs will have access to tools and services that aren’t as affordable or are too big for the average home shop.”

Community Business Launch and the CO.STARTERS Pitch Night were funded in partnership with the Virginia Department of Housing and Community Development.

Throughout Innovation Week, keynote presentations and workshops were provided by local businesses. 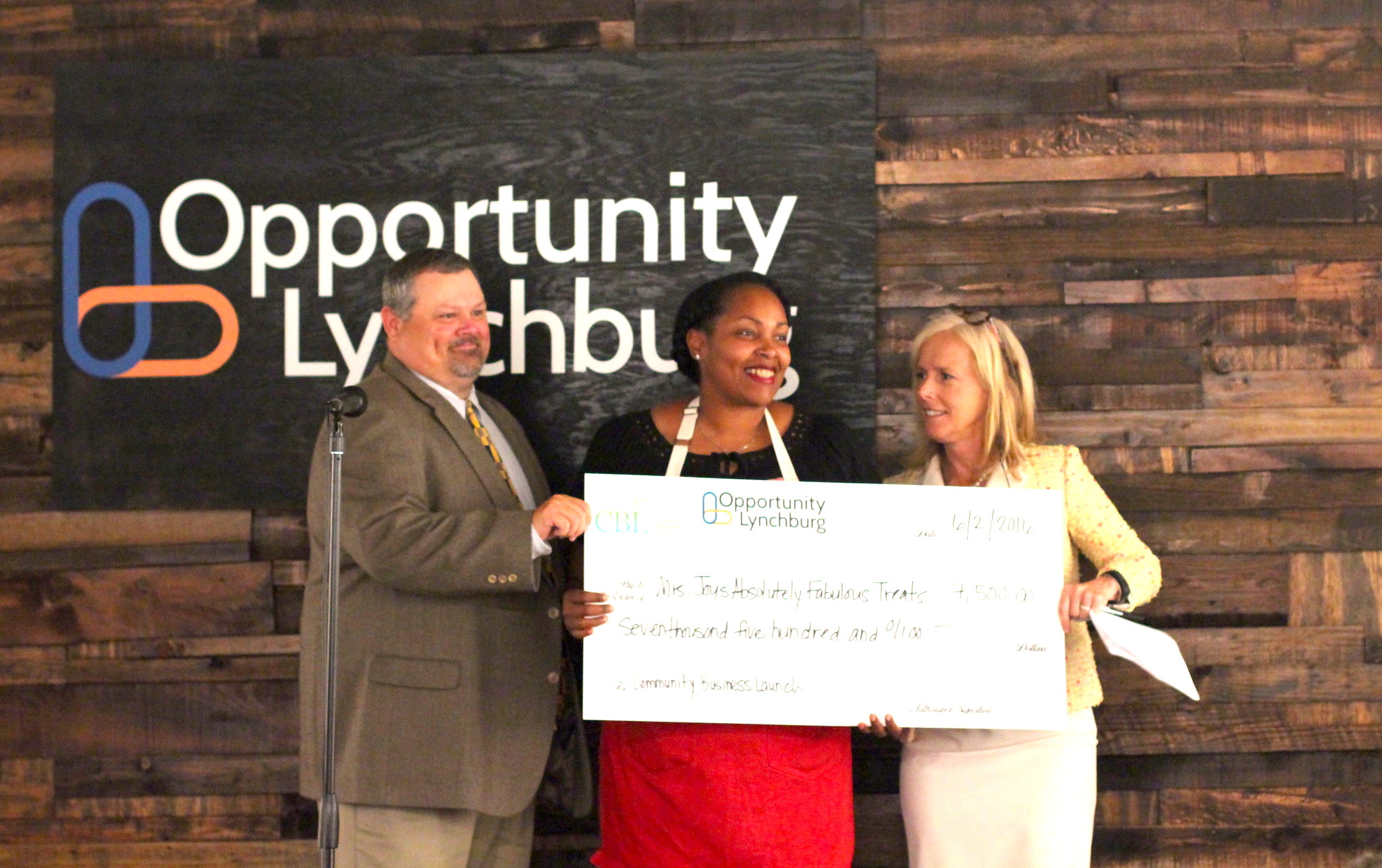 On Friday, two content designers from 18F, the technology agency founded in 2014 in response to the crash of HealthCare.gov, led a design workshop with Lynchburg participants on innovative ways for citizen-driven technology change in the delivery of government services. .

California-based eDocument solutions, who recently opened an office in Downtown Lynchburg, coordinated a Coder Meet-Up on Saturday for those interested sharing ideas to solve problems through technology – highlighting the growing number of tech-based workers in the City. “Lynchburg Innovation Week is just one of the many examples of our city’s drive for excellence – both through encouraging entrepreneurship and innovation,” said David Garza,

About the Virginia Economic Developers Association