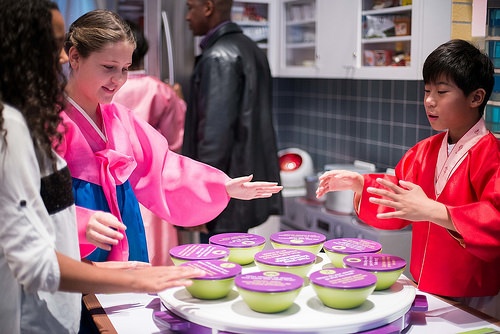 Amazement Square, Lynchburg’s award winning children’s museum, is one of 10 museums nationwide selected to host Heart and Seoul: Growing Up in Korea, part of the Freeman Foundation Asian Culture Exhibit Series, funded by The Freeman Foundation and implemented by the Association of Children’s Museums. Heart and Seoul aims to bring modern-day South Korea to Central Virginia. The exhibition will be hosted at River Ridge Mall, is free and open to the public, and will run April 8 through September 2017.

“This exhibition is a tremendous opportunity for Central Virginia. For our citizens to experience an exhibition of this scale, travel to a major U.S. city would be required,” says Emily Joseph, Senior Vice President of Amazement Square. “The museum is extremely excited to have been selected from a nationwide pool of over 300 children’s museums to host an experience that broadens visitor horizons and provides an opportunity for empathy and connection-building between cultures. We anticipate that Heart and Seoul will touch families from throughout Central Virginia, and that it will spark conversations about the beauty of diversity and our shared experiences.”

Families will have a prime opportunity to experience a taste of a new culture. Throughout the exhibit, five modern-day Korean children will open their hearts and invite visitors to take an intimate look into their lives. Visitors will have a firsthand look into the diverse interests, customs, and ambitions, of Korean children, including their love of K-Pop and Korean cuisine, their habit of texting as a primary form of communication, and even their dreams of being accepted into good colleges; their shared drive for success is what keeps them often studying after school at “hagwon”—or cram school—until midnight! Visitors are also invited to connect to the world’s “most wired country” and to discover a culture where the traditional past meets the space-age future.

The exhibition is broken down into the following areas:

South Korea has one of the fastest growing economies in the world and is an important trade and political partner for the United States and other nations. South Korea was the United States’ 6th largest supplier of imported goods in 2013. The country is starting to enjoy broader influence and is receiving greater recognition for its contributions in the realms of arts, culture, and technology. Heart and Seoul: Growing Up in Korea will immerse visitors in learning experiences that build understanding of Korean culture and illustrate the differences and similarities between American life and the lives of Korean people.

Heart and Seoul is funded by The Freeman Foundation, in partnership with the National Folk Museum of Korea and with the support of the Consulate General of the Republic of Korea in Houston, TX. Technology is provided by Samsung. For more information, visit Amazement Square’s web site.